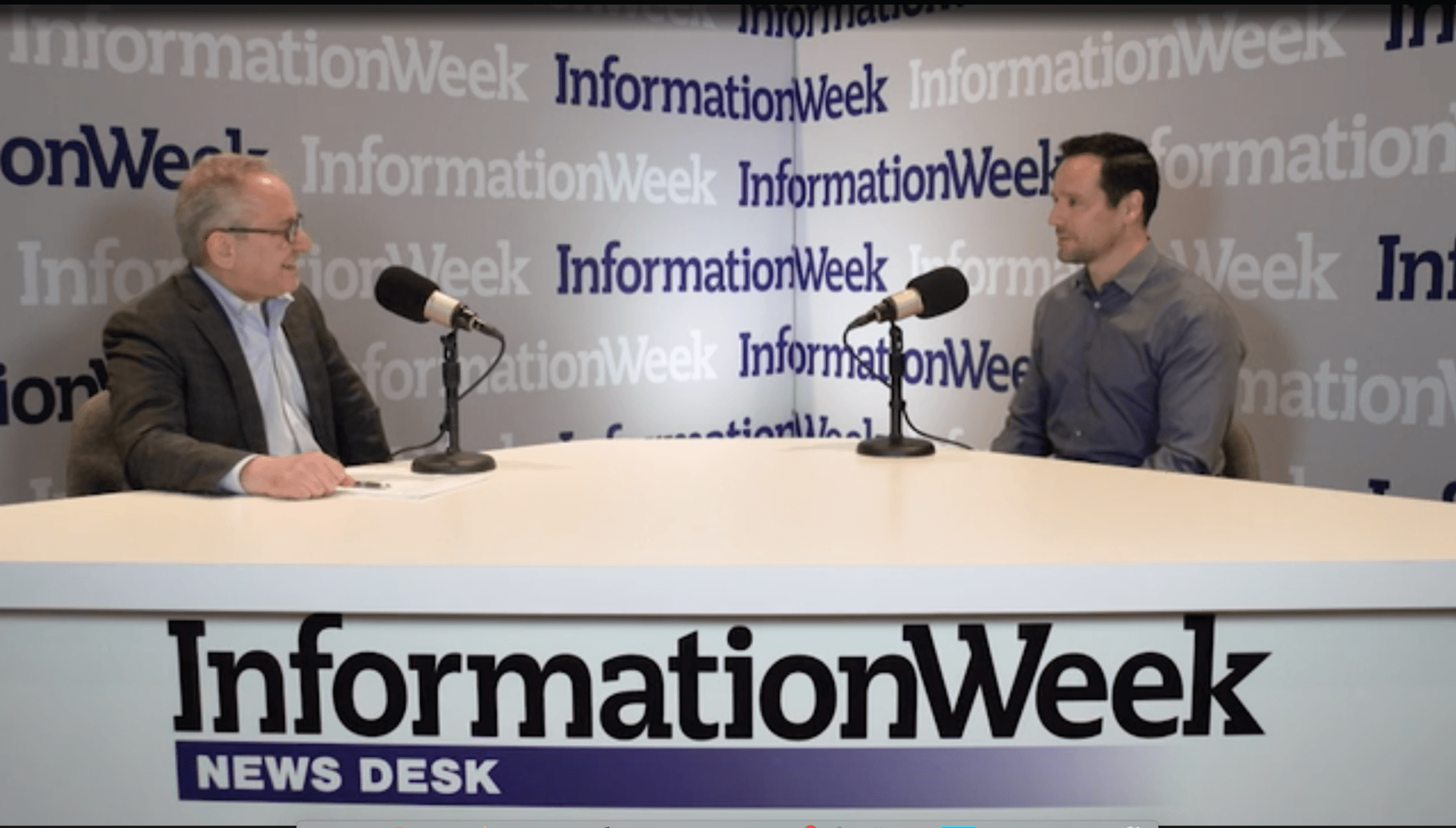 VIDEO: The Case for Brand-Equivalent Optics in the Data Center

Robert Coenen, InterOptic VP of Business Development, spends some quality time with Lenny Liebmann at the Interop 2018 InformationWeek News Desk to discuss how data centers can save a lot of money with brand-equivalent optics. Historically, buyers have been uncertain about quality and support of non-OEM optics, but Rob explains why the rules for optic procurement have changed dramatically — and how IoT, 5G, and other technologies are driving increased implementation of optical connections.

Lenny Liebmann: I’m here at Interop ITX Las Vegas. I am here with Robert Coenen who is VP of business development for InterOptic. Hey Robert it’s great to see you.

Lenny Liebmann: Before we talk about optics themselves. I kind of just want to talk about third party or equivalent optics because some of us have been involved with them and had some bad experiences because of gray market product coming in. So, I think you ought to share about that first.

Rob Coenen: That’s true Lenny. Pretty much every data center architect has a horror story about malfunctioning cheap third-party optics that they tried and failed with. Unfortunately, over the years there has been a lot of very poorly tested, poorly engineered optics being dumped on what’s called the gray market. Even by companies who have been in this business for several years. The reason for this is

these optics aren’t that expensive to make, especially the older generations, but they are very expensive to test.

And so that’s where they tend to cut some corners here and there. And so to make sure you don’t get high infant mortality rates and that sort of thing, they skip on that and just kind of dump it on the customer. It’s like, they won’t mind if one out of every twenty, or one out of every ten dies in the first three months. For the most rigorous companies, they care about this. They are going for six nines and that’s one of the reasons why InterOptic came into being actually was our interactions with huge customers, the federal government, and stuff like that. Very exacting requirements and that’s why we do what we do.

Lenny Liebmann: Yeah, that’s probably true of a lot of things, it’s easier to do it than trying to get it absolutely right. Do you see any forces in particular driving additional appetite for optics in the data center?

Rob Coenen: As you know, the amount of the data center compute resources being brought online every day is enormous and it just keeps on growing almost exponentially. As we go to next level technologies, our smart phones get faster, everybody wants their devices to do more, everybody wants their websites to give them more. Now, they are talking about artificial intelligence and that sort of thing. If you think about it, how many times have you deleted apps on your phone because they are using up bandwidth you don’t want to use and more sucking down power mostly because they are trying to talk to the network. If all of us just started leaving those things running because, oh ya know, I have an unlimited plan now. I am just going to keep that going. All of that is putting additional pressures on the back end in the data center for more compute, more storage, more network, more reliable network to keep that all together.

Lenny Liebmann: Yeah, and we always have this issue with infrastructure where we are kind of skate to kind of where the pocket is going to be because we have to kind of stagger our refreshes and not forced into them so quickly. So you mentioned smartphones, I would guess 5G is potentially an issue.

Rob Coenen: 5G is a big issue, in the networking space a lot of people are very excited about this. Very lofty goals,

Lenny Liebmann: Yeah I think again, video in general I think is difficult for us to project what the impact is going to be but we are not going to want to play catch up there. I would assume since you are talking about what’s going on in the edge, also IoT, Internet of Things is a factor because we just have all these kiosks and meters and devices we are capturing telemetry from and I think to some extent we also underestimate the backhaul there.

Rob Coenen: Oh, for sure. All of those devices are going to be generating data, are going to be generating bandwidth and this is going to create huge pressures on the resources inside the hyperscale data centers to scale along with it. If you think about it, every app on your phone is kind of it’s own thing in terms of the Internet of Things and as we start trusting more of those and bringing more of them online, as it turns out there are a lot of devices out there that could be brought online. The actual penetration rate is about maybe 3% of things that could be brought online as opposed to what there actually are. You just have to increase the penetration rate from 3% to 9%. Now you have tripled the amount of bandwidth that you need and data centers today are not prepared to handle that.

Lenny Liebmann: So tell me what InterOptic is kind of doing in the optic space in order to not only cope with what we have going on today, but our need to kind of project out in the future? Where do we put the optics and what kind of capacity do we need?

Rob Coenen: InterOptic has been innovating over the years just like we have over the years and even more so now. We are moving more rapidly towards higher data rates to support our customers, looking at new technologies as the industry changes and develops and supporting our customers in that way by not being tied to a particular manufacture or OEM or even technology. We are able to keep our interests aligned exactly with our customers to best support them.

Lenny Liebmann: And you can save me some money too.

Rob Coenen: For sure.

Lenny Liebmann: Tell me about that, that’s kind of a big part of the value proposition behind brand equivalent.

Rob Coenen: It is, like I was saying we came into existence so we could provide an alternative source for these optical networking components so our customers are not holed into the OEMs but a reliable source they can actually count on.

Lenny Liebmann: I think one of the concerns in sourcing optics isn’t just sort of the price and quality but there is this third component which is my skill set on the data center management side may not fully encompass some of the complexities when specing and implementing optics. Can you just kind of talk to me about what some of those issues might be and how you could help me?

Rob Coenen: Yeah there is getting to be more and more choices in terms of these devices. As we go from 1G to 10G to 100G. It’s becoming what is called an alphabet soup of different form factors, speeds and kind of sub typed into this groups. We help our customers kind of wade through this sea. We always make sure they are getting the value for their dollar. If they don’t need this more expensive type, we always direct them toward the cheaper type so that way they can use the cost savings elsewhere like for security for example which is everyone’s problem nowadays.

Lenny Liebmann: So how does optics relate to the security challenge we are facing?

Rob Coenen: That’s an interesting question, for example we code all of our devices in house within the US to make sure nothing kind of creeps into them, shall we say.

Lenny Liebmann: Is there anything else you want to share before we wrap up?

Rob Coenen: Sure I would just like to invite everyone to come by our booth. We are in booth 1113 and for anyone who would like to share a beverage, we are passing out drinks at happy hour tonight at 5 o’clock.

Lenny Liebmann: Great, Robert thanks so much for sharing.